Brexit – good or bad for PR programs in Europe? 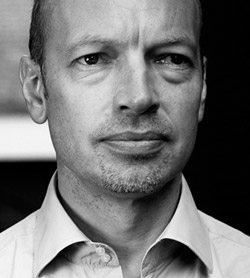 For those of you in the US and elsewhere not aware of what one of the tiny states across the pond is doing at the moment, let me inform you. The UK is holding a vote on 23 June 2016 to decide whether not to stay in the EU, and potentially leave the political and economic club it has been a part of for over 40 years.

In Europe many states and commentators are looking at this so-called ‘Brexit’ vote with interest as it could persuade other EU states to make similar steps, such is the general popular apathy and disappointment with the status quo and leadership of the EU, particular around issues such as economic performance, jobs, immigration and democratic accountability. On the other hand, there are a large number of businesses, leaders and groups that remain firmly committed to the European ideal behind the EU and see it as the only option to deliver prosperity and growth to the economies of Europe.

So how does this impact businesses planning investment inside Europe for sales, marketing and PR? The simple answer is that no-body really knows as there is no precedent for a major economy in Europe pulling out of the EU.  In any event, there would be a transition period of two-three years whilst exit arrangements are made and new trade deals put in place, but the reality is that the UK is an integral part of the European economy and it would be in no-body’s interest for bi-lateral trading relationships to suffer from an EU withdrawal.

Conversely, if the UK decides to stay in the EU, the chances are that tightened integration would follow across the EU, especially in areas such as taxation, foreign policy and immigration policies, but essentially business as usual.

Working with a PR partner that can work across Europe has never been more important, but equally understanding some of the background to current developments in the EU can help gain a more accurate understanding of how to plan investments and expansion in this key global market. With the UK vote happening on 23 June, we won’t have long to wait to find out what will happen!